You are in: Home /  Discover the territory /  Culture and traditions /  Trentino tourism museum - The Albergo alla Corona

The Albergo Alla Corona in the hamlet of Montagnaga di Piné is one of the first examples in Trentino of a building specifically planned as a hotel. It was set up in 1883 by Carlo Tommasini senior and his wife Luigia Froner and was run by three generations of the Tommasini family before being closed down at the end of 2002. In 2007 it was turned into the Museo del Turismo Trentino (Trentino Tourist Museum). The Albergo Alla Corona has an overall surface area of 1,008 square metres/1,206 square yards extending over four floors. Its regular shape is enhanced by a small central balcony. The hotel was built between 1883 and 1886 by master builder Giovanni Maoro from Pergine. His son, the famous architect Eduino Maoro, not only put the finishing touches to the building in 1926, but also designed the wooden and marble fittings of the rooms. After the hotel had already opened for business in August 1886, its brightest rooms (those facing the square in front of the pilgrimage church) were decorated with many paintings by Alfredo Giuradelli from Trento. Some of these were inspired by the subject of 'travel' (a passion which runs through the Tommasini family), others pay tribute to hotel guests of cultural significance such as the Prince-Bishop of Trento Eugenio Carlo Valussi and the European statesman Alcide De Gasperi.
The museum is owned by the municipality of Baselga di Piné, and all its exhibits are donations by the Tommasini family. 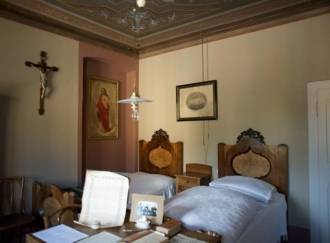 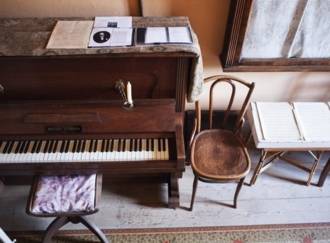 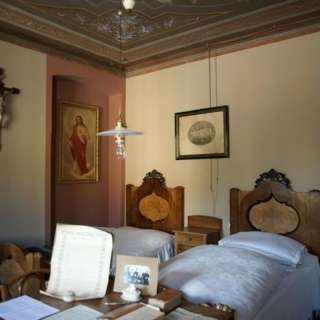